Signs of Sorcery is the latest supplement for 2nd Edition Mage: the Awakening. It bills itself as a deeper look at Supernal magic, but since more or less all the magic in Mage is Supernal in nature it’s essentially a big set of both advanced theory and further clarification on all sorts of aspects of the cosmology of the game. This includes discussions of Mage Sight, the Supernal Realms, various types of magic item, the sort of traces left behind by the Archmages, the Exarchs and other major powers of the Supernal World, Yantras, Grimoires, and many other topics besides. 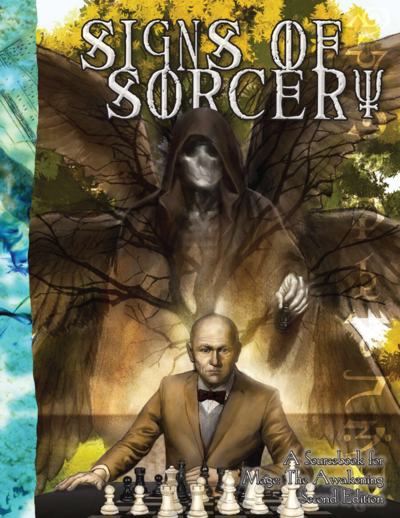 This is a great help in many respects, not least because Mage: the Awakening is a classic example of how brevity is not always clarity. Sometimes a brief explanation of a subject will actually be more confusing than a longer, more in-depth discussion of it. This is particularly the case if the in-depth discussion reveals more of the rationale of why a particular thing is the way it is; if you have an appreciation of the underlying logic of a subject, then its surface facts will be that much easier to recall than if you’re just presented them as a set of disconnected facts with no underlying information typing them together.

Of course, if your Mage campaign is ongoing you might have already reached rulings on a lot of these subjects that are incompatible with Signs of Sorcery‘s take on them – but even then, it’s still a handy resource to have for any campaign where poking the metaphysic is a major part of the agenda, and given Mage‘s themes that will likely account for a high proportion of Awakening campaigns.

Onyx Path’s second edition of Mage: the Awakening continues the general trend of second edition Chronicles of Darkness games of greatly refining and refocusing the concepts of their often-muddled first editions. Since both the World of Darkness and Chronicles of Darkness series are both active concerns, the various Chronicles games no longer need to be conflicted between the desire to do something new and the commercial incentive to provide a safe harbour for fans of the equivalent World of Darkness line, which means they can be more confident in their own, distinct identities. 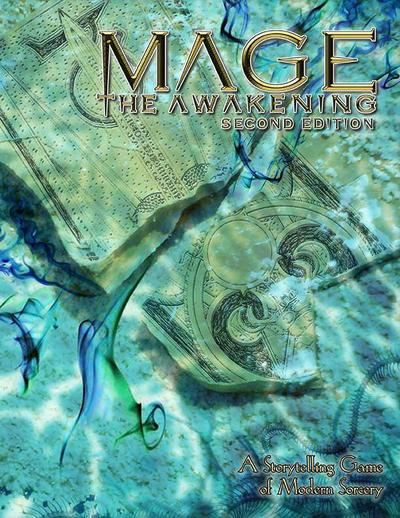 In the case of Mage, the second edition is also an opportunity to restate that core identity in a way which wins over more people. The main thing which people who otherwise don’t know much about the first edition of Awakening seem to latch onto about it is “Isn’t that the one which is all about Atlantis?”; the Atlantis stuff isn’t exactly gone here, but it’s relegated to a brief appendix to illustrate just how inessential to the core concept it is.