If you asked me to do an elevator pitch for Esoteric Enterprises, it’d be “Unknown Armies gets the Kevin Crawford treatment”. Which is a shame, because that’d be almost entirely inaccurate. Yes, the game’s based around a party of player characters getting into shady shit as a result of their entanglement with the occult underground, but the cosmos of the game doesn’t have all that much directly in common with Unknown Armies beyond a “modern day setting, grimy magic” aesthetic. Yes, the game does have an extensive suite of refereeing tools and random tables and uses early editions of D&D as its main system inspiration, like Stars Without Number and its ilk, but it’s not actually a Kevin Crawford design – it’s by Emmy Allen, AKA cavegirl, whose Dying Stylishly Games products have paved the way for this, her most ambitious RPG release yet.

Luckily, I know Emmy in real life and she was nice enough to give me an interview, so maybe she can help me out here. Emmy, what would be your elevator pitch for the game? 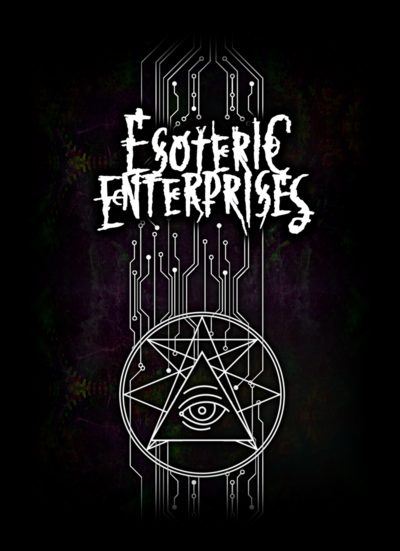 This is a world basically like our own, except magic is real, and dangerous, and wildly illegal. Of course, plenty of things are dangerous and illegal – such as drugs and organ-legging and bank robberies – so the worlds of organised crime and the supernatural have become inexorably linked. Things are only like our familiar world on the surface; beneath every city there is a literal underworld, where strange things hide from scrutiny, and the reckless or desperate traffic in things humans really shouldn’t be meddling with.