Atlas Games seems to have undertaken a slow process of updating their 1990s RPG portfolio via the medium of Kickstarter. Following the campaigns for a new edition of Feng Shui and Unknown Armies there came the inevitable and long-rumoured bid to revive Over the Edge.

This seems, on the face of it, to be a somewhat challenging prospect. Jonathan Tweet’s not offered much in the way of new Over the Edge material in recent years – indeed, before this Kickstarter it had been well over a decade since any new products had come out in the game line. Whereas when it first came out it genuinely represented a bundle of fresh new ideas both in terms of RPG system design and setting concepts, a quarter of a century has passed by and the field has evolved extensively since then. 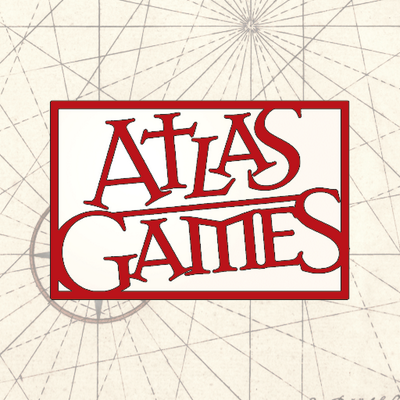 Heck, a certain amount of that evolution was at Tweet’s own hands. In terms of really pushing the envelope in terms of how loosey-goosey you could make a traditional RPG system and how avant-garde a setting you can get, Everway arguably left Over the Edge in the dust. 3rd Edition D&D, which he was the lead designer on, may have had its flaws, but it does at least represent one of the most major system shake-ups that D&D has had since its inception, and yet at the same time succeeded far better at selling audiences on its reforms than 4th Edition did.

Whilst 3.X could hardly be said to be a revolutionary system – it’s basically TSR-era D&D with a swathe of ideas borrowed from Rolemaster, especially in terms of characrer generation – there’s no denying that it was an influential one, in part due to the glut of D20 knock-off products yielded by the OGL. Thankfully, the tide has receded and the floodwaters have sunk in recent years – to my eyes, it seems like the RPG game design ecosystem is much healthier in terms of diversity of system than it was at the height of the D20 craze – but the end result is still a generation of gamers who one way or another have had their attitude to system shaped by 3.X D&D – either through their embrace of it, or through their reactions against it.

On top of all that, away from Tweet’s own projects other games seem to have rather stolen his thunder in terms of some of the more unique setting and atmosphere aspects of Over the Edge, with Unknown Armies absolutely nailing the postmodern weirdness angle (especially in terms of the occultism-tinged aspects of it) and the various World of Darkness and Chronicles of Darkness games taking the whole “urban environment in which weird stuff goes on in the shadows” concept and wringing everything they could out of it.

Is Over the Edge redundant, then? Or is there cause to believe it can be revived? Let’s dig deeper and see…

END_OF_DOCUMENT_TOKEN_TO_BE_REPLACED

Over the Edge might just share with Vampire: the Masquerade the accolade of bringing RPGs into the 1990s. A certain tip of the hat may be owed to late-1980s designs like Cyberpunk 2020 or Shadowrun which brought a certain gritty attitude to proceedings, or releases like Ars Magica or Pendragon which took an almost arthouse cinema approach to what had been a B-movie-and-blockbusters sort of medium previously, but in terms of games actually released in the 1990s, Vampire and Over the Edge really set the mode for the rest of the decade – particularly when it came to games turning a spotlight onto modern-day settings where high weirdness abounds. Though later games like Vampire: the Requiem or Unknown Armies would arguably hit the same notes with better clarity and superior design, you can’t imagine either game happening unless they were able to build on the foundations set by their predecessors.

A while back, the Bundle of Holding put out an Over the Edge bundle, which offers as good a cross-section of the line as any. (Plus it has an adventure from Atlas Games’ WaRPed Adventures lines, based off a generic version of the Over the Edge system, but that’s slight enough that I won’t cover it here.)