Rolemaster, in terms of its official editions, is stagnant. I know that’s a stark statement, but it’s essentially true. No major new version of the game has come out for over two decades (Rolemaster Classic is not a new edition but a rerelease of the second edition with spruced-up art and layout). The fanbase is splintered between several camps. Some consider the original system as developed during its first and second editions to be, if not perfect, at least solid enough for their purposes, and regard the changes of later editions to be mistakes which ultimately took the game in the wrong direction. Some swear by the Rolemaster Standard System (RMSS), which the consensus seems to regard as the most complex variant, perhaps because they consider the complexity to pay off or because they prefer it as a generic system which yielded some extremely interesting contributions outside of the fantasy genre, or Rolemaster Fantasy Role Playing (RMFRP), the 1999 version which retained a lot of the crunch of the Standard System but pivoted back to a focus on fantasy. Others prefer HARP or MERP, simplified systems which incorporate ideas from Rolemaster to differing extents without encompassing the whole package. 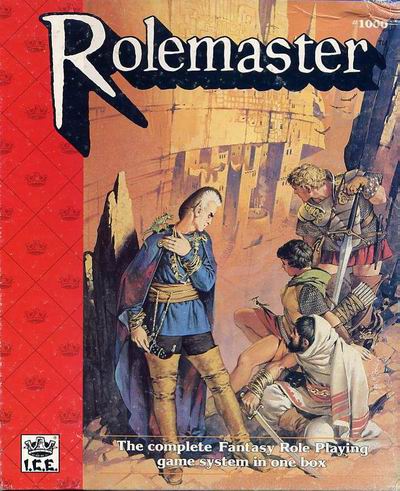 The current incarnation of Iron Crown Enterprises has, for some years, promised that a new edition is forthcoming, and have billed it as Rolemaster Unified. In and of itself, that title is making a big promise, and it’s one which is reiterated by the first line of ICE’s webpage about the playtest process.

That FAQ concludes by saying that “the voice of the community is very clear that multiple competing editions are a major problem.” However, I feel like the very mission statement of Rolemaster Unified gives ICE a tremendously difficult task, and one which is perhaps impossible. Sure, it is probably possible to make a version of the game which takes elements of Rolemaster Classic and RMFRP/RMSS and blends them together, but the differing tastes between the camps mean that producing a new edition which will please everyone (or even the majority of invested fans) is a tall order – and that’s before you consider how a failure to reach new fans to cover attrition in the player base and maybe even expand it would also be undesirable.