Star Trek vs. Star Wars might not be the iconic Coke vs. Pepsi/Sega vs. Nintendo-style franchise rivalry it was once back in the day – the proliferation of franchises and continued diversification of fandom has largely seen to that – but given their prominence in science fiction over the past few decades, it’s interesting to note how they’ve been differently handled when it comes to the tabletop RPG licence.

In particular, when it comes to the Star Wars licence, Lucasfilm and Disney after them haven’t exactly been reluctant to parcel out third party rights to spin-off products – as the masses of Star Wars spinoff products testify – but they’ve always been at least somewhat careful as to who gets to play in their playground. West End Games were only able to land the licence for their much loved-version in 1987, a time when the series was generally considered to be almost ready for mothballing by the powers that be at Lucasfilm. That might sound absurd, but it’s worth remembering that by that point Return of the Jedi had been out for some 4 years, both the Ewok Adventure TV movies and the Ewoks and Droids cartoons had come and gone, and the Star Wars well seemed to have run dry. 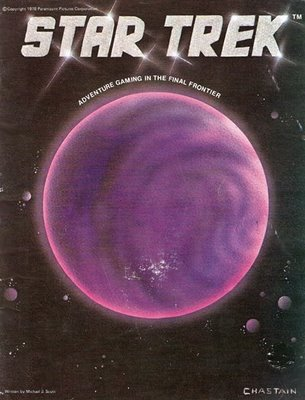 It’s now a matter of record that both the success of the RPG itself and the wealth of material it produced as an aid to referees was instrumental in kicking off the Expanded Universe, injecting a new dose of life into the franchise until George Lucas ensured it would live on in flamewars forever by making the prequels. West End Games kept the RPG going for 12 years, with the licence only pulled by Lucasfilm in 1999 after West End Games got into financial difficulties. From there, it didn’t take much time at all for Wizards of the Coast to pick up the licence and produce the D2o Star Wars line in various editions from 2000 to 2010, at which point they surrendered the licence voluntarily; a year later, Fantasy Flight Games picked up the licence, and in 2012 they’d bring out their new Star Wars RPG line, which has remained current despite the shift to Disney (and indeed has engaged with the Disney line constructively, with a starter set coming out based on The Force Awakens).