George Strayton’s The Secret Fire is about as blatant a fantasy heartbreaker as you could hope to find in this day and age. The days of the classic fantasy heartbreaker, a game designed by someone who apparently has little to no exposure to game design ideas beyond Dungeons & Dragons and whatever weird idea they want to graft onto the Dungeons & Dragons chassis but for some reason believes they have created something absolutely revolutionary, have waned since the release of the Open Gaming Licence and the rise of the retroclones – now if you want to release your very own D&D-alike game or house rules for such, it’s easier to either put out your very own retroclone or release your ideas as a supplement for the retroclone closest to your heart. 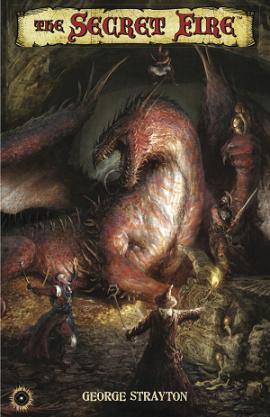 The Secret Fire does not take this route; indeed, it shows little evidence that it’s even aware of retroclones, or the OGL (which it doesn’t use). At most, George Strayton seems to have a vague passing knowledge of some OSR talking points, which he throws out in an apparent attempt to gain OSR credibility but doesn’t deliver on in his actual design.