A while back in the comments, Joe from Uncaring Cosmos mentioned Principia Malefex as an example of a British-made RPG. I’d never heard of it, but poking further I thought it sounded rather intriguing – a horror RPG emerging during that strange time period in British RPG publishing which saw other up-and-coming small studios producing material like SLA Industries or Tales of Gargentihr, a product of the era in between the folding of Games Workshop and the rise of the D20 boom and the range of companies that reinvigorated the British RPG market by skilfully riding that wave. Intrigued, I decided to investigate further. What I found was… hm. 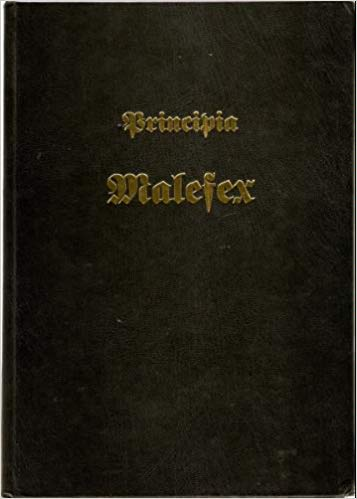 So, to provide more context: Principia Malefex is a self-published indie RPG which emerged in 1997, had a small trickle of supplements coming out for it, before a final burst of publishing activity occurred in 2002 prior to the game largely going dark. Poking around Google Groups to get this timeline straight showed a number of connections with Bath University, so if I had to speculate about where this game came from my informed guess would be that Alison Whetton, its primary designer, and her collaborators were members of Bath University’s tabletop games club, got the core book out in a burst of studenty enthusiasm, made a last bid to make a commercial success of the game when they graduated, and eventually came to the conclusion that this was a hiding to nowhere and moved on to other things.