What the hell is “Natural Fantasy”? Atsuhiro Okada’s Ryuutama bills itself as a “natural fantasy” roleplaying game, but it doesn’t really give much of an overt definition of that. So far as I can tell, the general aim of the game is to provide an experience reminiscent of the Dragon Quest or early Final Fantasy games in terms of having a charmingly wholesome atmosphere, a lot of travel, slimes as a low-level adversary in combat, and adorable artwork. There’s also a certain emphasis in the setting background on the idea that the world is a natural, interconnected system which people are just as much a part of as anything else, with various natural terrains being inhabited by dragons of various sorts reflecting those zones and descended from the dragons that created the world. 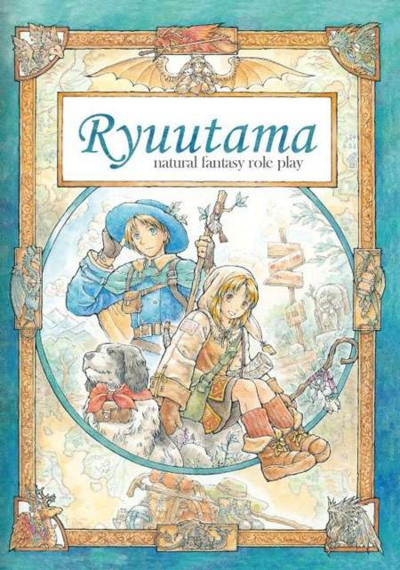 The dragons are also how one of the game’s quirkier angles creeps in: you see, this is the game where the referee has their own character, who levels up as the referee runs game sessions and the player characters progress. Specifically, this character is a Ryuujin – a sort of dragon spirit whose job it is to create travelogues detailing the journeys of travelling adventurers (said stories acting as delicious food for the dragon your Ryuujin serves).