At the end of 2018 I ended up getting the Nibiru Quickstart and was sufficiently impressed to back the Kickstarter for the game. That campaign rounded out as smooth and easy as could be expected, and since I’ve already discussed the game somewhat I can’t be bothered to do a full Kickstopper article for it, but I thought I’d run down how the full game is. 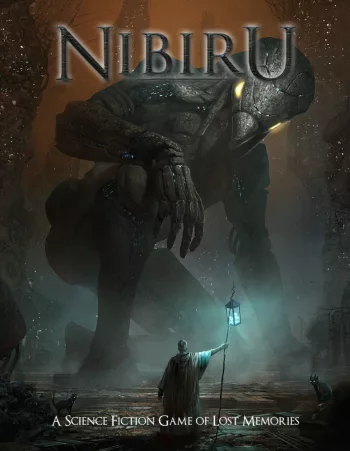 As it turns out, having the quickstart rules handy may be useful. Nibiru itself is daunting – impressively constructed, beautifully presented, and patiently explained, yes, but still rather daunting.

The main thing you get here that we didn’t get back in the quickstart is an extensive breakdown of the setting, which is the daunting part – this is an incredibly detailed world that is obviously the product of extensive careful thought. Once you are able to get the basics of the setting straight, however, the setting chapters become a useful resource, detailing some significant settlements in the major different regions of the station whilst leaving other settlements less developed so there’s scope for you to develop them yourself (or for future supplements to detail them).

A major principle of the setting is that proximity to the core of the station has a major effect on how people live. The closer you are to the core, the more access you have to power (because that’s where the power core is) and the lighter the “gravity” (the station spins to simulate gravity, which means that the acceleration force is zero at the axis of rotation and increases as you go further out). The further out you go, the sparser the settlements and resources, and the stronger the gravity, until you reach regions beyond which humans cannot survive. The history of the communities in the station have been shaped in part by these factors, and so the different concentric zones correspond to different social patterns and tend to lend themselves to different campaign themes.

You don’t get all the answers here, the team evidently leaving some things back for future supplements. (This annoys me. In today’s market, acting like you’re definitely going to be able to write that next supplement is an act of utter hubris; small press RPG publishers should really work on a basis of “if this was the last product we could ever put out in this game line, would we be satisfied with it?”) You do, however, get plenty to riff on and offer your own answers through.

Neatly, the different origins for your amnesiac PCs lend themselves to somewhat different themes in their flashbacks, and different benefits to exploring their memories, which helps character differentiation in a game where everyone otherwise has the character backstory “uh, I dunno”. Beyond that, there’s not many system surprises here since the basic principles were already outlined in the quickstart.

On the whole, I’d put Nibiru as another entry in the long tradition of British small press RPGs with really detailed and incredibly odd settings, like SLA Industries, Tales of Gargentihr, and A|State, but I’d say that it’s a particularly good example of the form, particularly with the “you’re all amnesiacs” structure meaning you don’t need to spend ages explaining the setting to the players before getting down to the action.

This past weekend was the Dragonmeet annual RPG convention in London, which I had a pleasant time at catching up with friends and purchasing a fat stack of loot. One of the bits I picked up from there was the Nibiru Quickstart Guide – a taster of the rules and a brief adventure for Nibiru, a new RPG currently being Kickstarted. (If you want a PDF of the Quickstart it’s up on DriveThruRPG for free.) 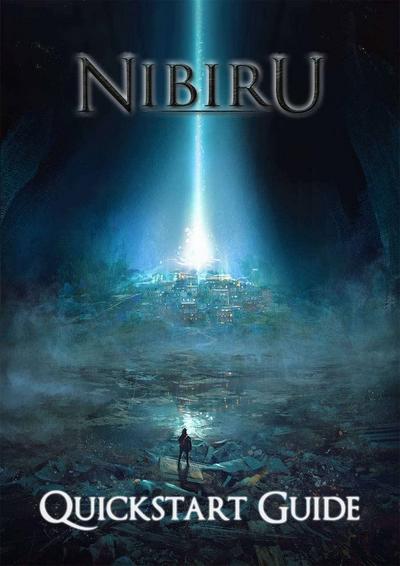 I’m not going to go too deep into a critique of the rules here because the Quickstart admits that it’s an abbreviated version of the system that’s intended to get the general idea across. Nor am I going to delve too much into the sample adventure (it’s so linear the map for it is literally a corridor), since it’s largely meant to be a taster to let you sample the core game mechanic rather than anything more involved or deeper than that.