Beyond the Wall and Other Adventures is not a game whose core system will amaze or overly confuse anyone. It’s one of a plethora of fantasy RPGs out there riffing on Basic D&D; Ascending AC is the order of the day, a simple skill system based on ability score throws is presented, and there’s an option for using 3E-style saving throws, but we’re still dealing with a riff on Basic D&D here. 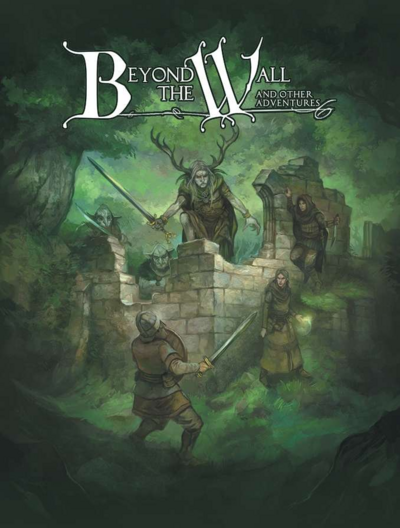 However, it’s quite an interesting riff, and a lot of that comes not from the foundations of the system but from the trappings offered around it. Beyond the Wall purports to offer a framework for running fantasy adventures based on the young adult/older kids’ fantasy of Ursula le Guin or Lloyd Alexander – stories of young people on the verge of coming into adulthood being called on to defend their communities, in which the roots they have with their home and their emotional connections to each other are of significant importance. On top of that, it provides an incredibly good framework for running games on a pick-up-and-play basis.