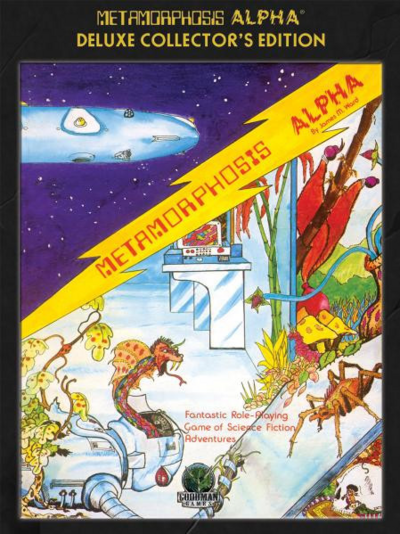 END_OF_DOCUMENT_TOKEN_TO_BE_REPLACED

So, as promised previously, I am going to look at definitions of roleplaying and examples of play in RPG core rulebooks.

To be clear about what I mean by examples of play: I don’t mean the sort of examples you have covering how the rules are applied (“Player 1 fails his saving throw, so he loses 20 hit points and has to roll on the critical injury table”); I am talking about the sort of dialogue-based examples which are intended to demonstrate the flow of actual play. Given that the game is driven by dialogue, an example which makes that dialogue crystal clear is, I would say, downright vital (or at least very, very useful) in communicating how a game session actually works. A potential new player can puzzle this out without it, or indeed sit in on a session or track down an actual play podcast, but a good example of play means they don’t need to – and that helps smooth out the learning curve and help them quickly assess whether this is something they even want to try.

I’m going to kick off by looking at TSR-era Dungeons & Dragons, and a couple of the games TSR produced which essentially used retooled versions of the Dungeons & Dragons system. TSR were both the first outfit who were lumbered with the task of providing explanations of tabletop RPGs in printed products (rather than demonstrating the idea in person), and also one of the most wildly successful companies at getting people into the hobby in the first place, with various Dungeons & Dragons basic sets being many gamers’ first point of contact with the hobby. Was this success because of their explanations of how RPGs worked, or despite them? Let’s see.