Whilst geography and economics has played its part in shaping local RPG scenes, another major factor which cannot be overlooked is language. For instance, generally speaking in the Anglosphere the dominant RPG is D&D, but this isn’t always the case – in other languages other games have become the big beasts of their scene, usually as a result of something other than D&D getting first mover advantage. 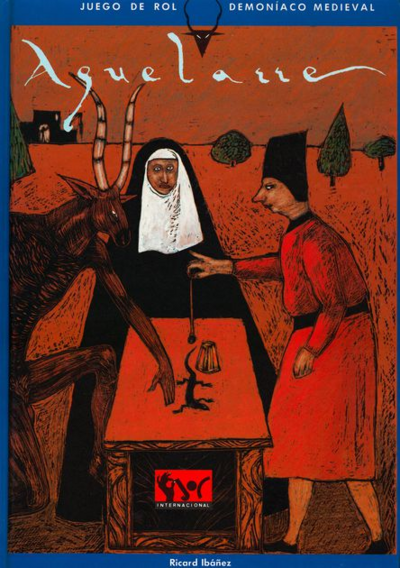 Translations of game from one of these other spheres into English is not as common as all that – after all, translation isn’t free, good translation even less so. Kickstarter has provided an interesting platform for companies to use to fund the translation of foreign-language games. Ryuutama has been the beneficiary of this, and Nocturnal Games – previously famed mostly as the publishers of Pendragon – got quite enthusiastic about this concept with Kickstarter projects to translate material like the French prehistory game Würm and Aquelarre, a historical horror game set in medieval Spain. I’ve previously covered the Kickstarter for the former game, and now it’s time to get our Satan on and look at the latter.