I’m not doing a full Kickstopper article to cover False Machine’s campaign to fund a new “remastered” edition of Deep Carbon Observatory, a D&D dungeon crawl from the experimental, DIY-oriented side of the OSR with text by Patrick Stuart and illustrations by Scrap Princess, largely because I don’t have much of substance to say about the delivery process: they were sensible and kept to a single core product, most of the stretch goals related to extra production bells and whistles rather than extra text, they estimated delivery for August 2020 and I got my book in June 2020 so you really can’t fault Stuart and those he’s worked with on that front. 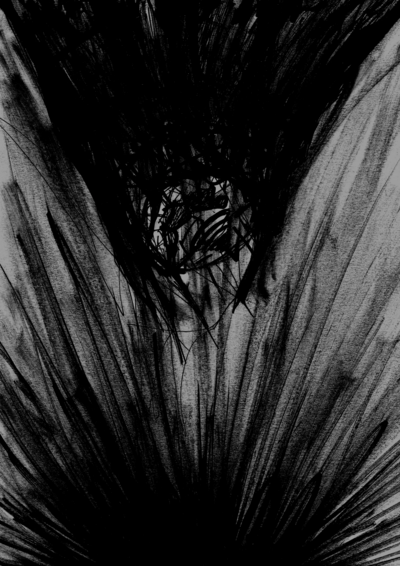 Deep Carbon Observatory is most optimised for BX type rules set, and whilst the original version from 2014 looked to Lamentations of the Flame Princess for inspiration, Lamentations is no longer the new hotness for a number of reasons and there is absolutely nothing stopping you using this from any TSR edition of D&D. In fact, the retroclone I would compare it to these days is Old School Essentials – not because of the aesthetic, which is highly distinctive and quite different, but because of the strong focus on layout, with each double-page spread containing to the extent possible, the full details on the subject under discussion.

Many of these details are quite sparse, a prompt for further consideration – the ideas are clearly explained, but they’re bones for you to flesh out. As with a lot of the “arthouse DIY D&D” corner of the OSR which Deep Carbon Observatory grew out of and influenced, there’s a fever dream air to a lot of it.

There’s a neat new feature in this version of the book which provides you with a matrix of encounters for the opening segments of the game, avoiding a railroady bottleneck at the start of the adventure, as well as a nice range of adventurer motivations to give a group of fresh characters starting out, as well as a rundown of different groups trying to make it to the Observatory and guidance on how to handle the race. All of this can help make the Observatory a bit more of a living environment if you want.

The idea of having an enemy group of adventurers messing with the PCs is far from a new one, but the Crows here are both nicely sinister in their presentation and get a quite good writeup of their tactics, to help you understand how they respond to any particular situation, which is quite helpful.