This is not quite a full-blown Kickstopper article as I’ve done for Legacy: Life Among the Ruins, since I don’t really much to have to say about the actual Kickstarter delivery process there that doesn’t equally apply here. Usual caveat is that I know the designers, Jay and Elizabeth, in real life and so it’s not impossible that my assessment of her work is skewed, but the What Ho, World! Kickstarter was handled pretty well. The estimated delivery was April 2017, I actually got my core set in March 2017 (and that was through the regular, ordinary post like any other backer, not just going over to the UFO Press gang’s house and grabbing a copy), the lesson to take away is that the team actually do have a good handle on how long shit takes to accomplish and communicate that well, go figure.

However, I’ve had this review sat in my queue for a while and I do want to get it out there, largely because with this design UFO Press have managed something rather clever with the Powered By the Apocalypse system – namely, hitting on an interesting way to migrate it to a different format whilst still retaining the essentials of play. You see, not only is What Ho, World! a Powered By the Apocalypse RPG, it’s also a card game… 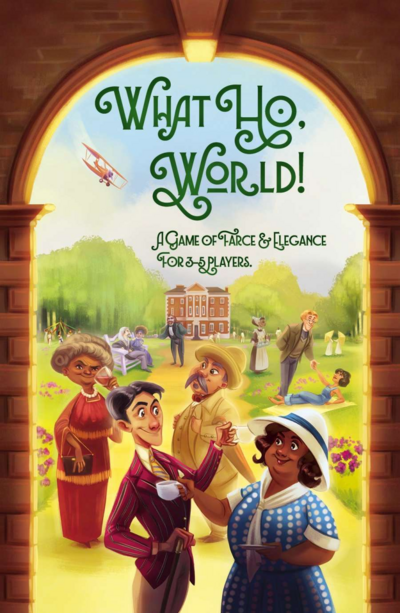 What Ho, World! is a card-based RPG that’s inspired by the whole Jeeves and Wooster thing (with somewhat more diversity-friendly artwork encouraging a diversity-friendly take on the time period). Characters are various figures like the Gadabout or the Pillar of Society who you might find in such stories, and they rattle around inter-War Britain getting into jolly scrapes and pursuing their various goals.

The approach is decidedly non-traditional – this is a GM-less RPG which relies a lot on the players working together to frame scenes and roleplay appropriately. The major system brainwave involved is the realisation on the part of Elizabeth and Jay that the Apocalypse World playbook approach could be translated to card-based play quite elegantly – rather than have a traditional playbook for each PC, give each of them a rules summary card covering the basic moves everyone get, and a little hand giving them their character-specific moves and resources to use to activate them, and have them chase after goals and agendas based on the cards too (as well as having them using cards to establish what their relationship to the other characters is), and it works rather well.

Whilst I personally find that the Powered By the Apocalypse approach can feel a bit restrictive when it comes to RPGs – despite loudly advocating a fiction-first approach, the playbook presentation I find tends to nudge you into thinking “which move can I use in this situation” rather than “which move should we be using to resolve this”, and some groups can find it tricky to make that mental gear shift.

That said, translating it into a card game turns this precise weakness into a positive advantage, giving people distinct, defined levers they can use to nudge the narrative in a particular direction – it makes the game suitable as a pick-up game you can play with a group of friends who haven’t necessarily played many RPGs before, but find card games approachable and have a handle on what happens in Jeeves and Wooster stories. Even if you haven’t read the original Wodehouse, most people I think have something of a handle on this, just like most people know the general beats of a Sherlock Holmes or Hercule Poirot mystery without reading the originals; we’re talking material which has been adapted, imitated, spoofed and referenced so widely as to be part of our common set of cultural references.

The simple rules booklet is brief enough that it’s a useful reminder of the rules, but really the main rulebook as offered on the UFO Press website is something you will collectively want to look over in detail before playing in order to really grasp the approach – but once you do have it nailed, it’s quite smooth. Happily, the extra space in the box left by the contraction of the rulebook (due to budgeting issues) allows space to slip in the Kickstarter-funded expansion… 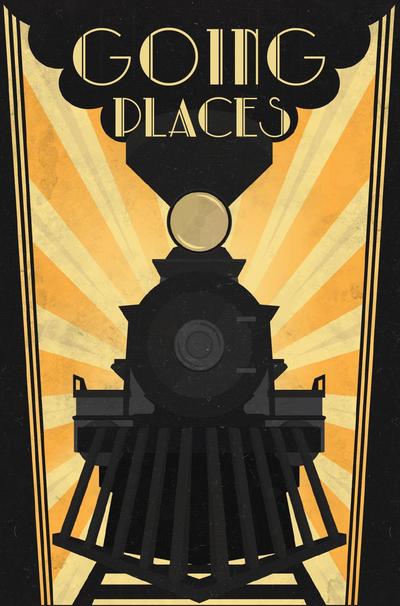 …which is largely a smooth, painless addition to the core set, adding a new character, extra moves for the existing characters, and some new locations, all to help engage with the theme of travel. Each card is provided with a suitable icon somewhere in case you want to filter these out to play a game with just the baisc set, though since this isn’t a game where randomisation of cards is much of a factor this sort of marking isn’t a problem (and indeed could possibly do with being a bit more blatant). 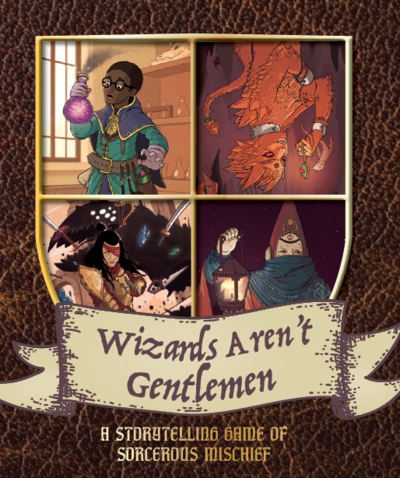 Essentially this is What Ho, World? reskinned for wizards – comedic, bickering wizards, a bit like those from Jack Vance’s Rhialto the Marvellous or the faculty at Pratchett’s Unseen University. All great fun, and the nice thing is that you can mix and match these into the core set according to your whim.