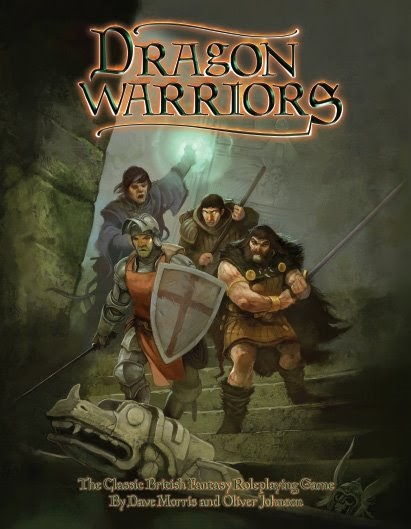 Critical hits are a 1 in 20 chance, mind, but the difference I think is important: it makes the difference between someone with a dagger being entirely unable to hurt someone in plate mail and them being able to wound that person if they got lucky. It means that knife fights between characters with good armour, a high defence score, and a low attack score will take forever, but that’s actually reasonably realistic.

And the low number of hit points you get in this system mean that getting wounded in combat is a big deal. The high “whiff” factor in the combat is much more excusable if the consequences of a hit happening are comparatively huge. In addition, I note that skills and powers that actually improve the armour penetration roll are rare, and the fact that the Knight gets an ability which boots their penetration rolls makes high-level Knights properly scary in combat because they find it substantially easier to hurt you, regardless of who you are.

In fact, the abilities that high-level Knights can take in Dragon Warriors arguably pioneer the idea of feats in recent editions of D&D in terms of character customisation. Furthermore, even at low levels the fact that Knights get very nice attack and defence scores, so between that and their plate mail making it quite difficult for even successful attacks to hurt them and the fact that they take no penalties to attack or defence from wearing the plate mail, the Knight is a proper hard case in combat and remains tough; the whole linear fighter/quadratic wizard thing is not an issue here precisely because the Knight’s ability to dish out damage consistently and inexhaustibly makes them very effective.

The setting is also a bit more interesting than I gave credit for. Much like the Warhammer Fantasy setting, it’s a grimdark funhouse mirror version of medieval Europe and it seems like the most development has gone on making the equivalent of Britain seem deeply horrible and mediocre, which is this nice bit of 1980s pessimism which I find to be a healthy antidote to fantasy settings which assume that the culture the authors hail from is clearly the best. (See, for instance, Ray Feist and his Midkemia setting, in which basically the people with the broad values of the American Midwest given a renaissance fair aesthetic are framed as being basically right.)

So, I’ll give Uncaring Cosmos their due: they’ve certainly made me sit up and take notice of Dragon Warriors again, and I think there’s something of a case to be made for the game having a significant place in the history of British RPGs.