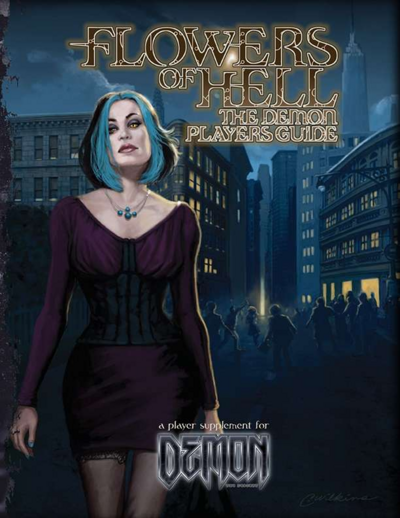 The front cover of this one could, at first glance, be for a player guide for any given Chronicles or World of Darkness game line, at least as far as the generic goth foreground figure is concerned; but look to the background, with the various figures rushing towards a sinister distant light (a riot? a fire?), and that detail feels distinctly Demon – engineering chaos and mayhem and strolling away calmly before the heat comes in.

As far as the content goes, it’s a mixed bag. There’s an extensive chapter on demon psychology and how the different Agendas see things and organise themselves, but I’m not sure how successful it is. (In particular, I remain convinced that out-and-proud Integrators just don’t work outside of all-Integrator rings, because their goals are just too opposed to the other Agendas to permit co-operation or even mutual tolerance.) Somewhat more successful is the breakdown of Infrastructure, the things you can do once you subvert it, and Agencies at different power tiers.

Then you have the usual grab-bag of extra powers – Embeds, Exploits, and brand new Gadgets – and whilst sometimes I’d be hesitant about adding a bunch of this stuff, the fact is that Demon is so gleefully unbalanced straight out of the core that I’m all for providing people with additional options for completely breaking the game. 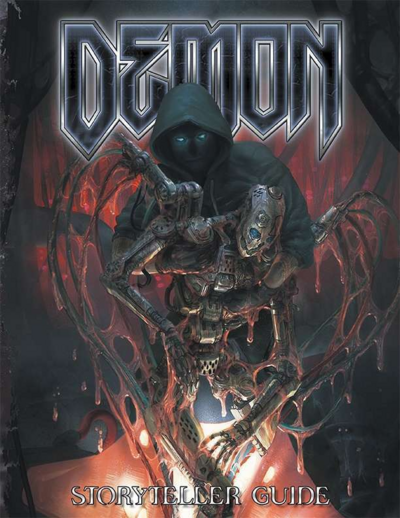 This consists of two near-essential bits and three merely Very Useful bits. The two near-essential bits consist of a detailed look at the idea of the Cypher and Interlocks – concepts which are not at all well-explained in the core book – and a deep look at Angels and various other tools of the God-Machine, including some interesting ways in which Angels can go wrong which don’t involve them Falling.

In terms of the non=essential stuff, there’s a breakdown of major flavours of the espionage fiction genre, complete with some suggested rules for adjusting the dials in particular directions, and there’s a rundown of various supernatural things Demons might find themselves looking into – some of which are Demon-specific, the latter half of which consist of Demon interpretations of the various other Chronicles of Darkness splats. Lastly, there’s a brace of alternate settings for the game.

3 thoughts on “Spreading the Virus”