Some games need a little extra something before they really click with you. Changeling: the Dreaming largely didn’t click with me until its 20th Anniversary Edition, but its recent supplement, the Book of Freeholds, finally helps give me a picture of how I’d actually envisage a Changeling campaign functioning.

The supplement, as the title implies, is an in-depth look at the subject of freeholds, including a detailed system for designing your own for your PCs to manage. It’s not a thick thing – it’s less than 60 pages, in fact – but it’s really helped me get a handle on what I want out of Changeling. 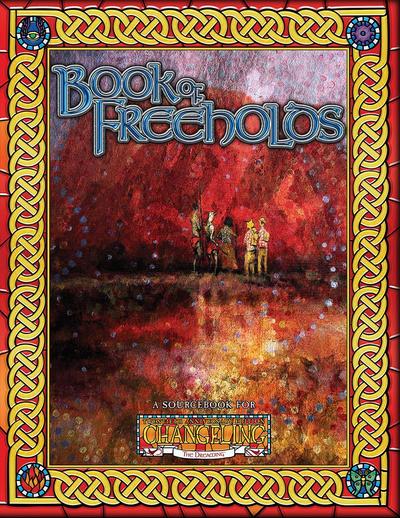 Specifically, once you make sure to add in a freehold focus to your Changeling campaign, what you end up with is a sort of whimsical modern-day Ars Magica. Freeholds are basically Changelings’ sanctuary from the banal world where they can let their fantastical side all hang out, just as in Ars Magica your covenant is a sanctuary from the chilly reception wizards otherwise get in Mythic Europe. Likewise, adventuring to defend the freehold against threats, stave back Banality and harvest Glamour is much like the way Ars Magica characters seek to defend their covenant against threats, ward off antithetical sources of power, and gather magical power for their own purposes.

Other World of Darkness games had played on this idea to a certain extent, of course – particularly Werewolf and its cairns – but it feels to me like Changeling freeholds seem closer than anything to Ars Magica covenants in terms of how the inhabitants are supposed to buy into them and the sort of interactions that they set up with the outside world.