Cubicle 7’s licence to reprint the Qin RPG (originally published in French) lapsed a while back. This is a shame, because it was a gorgeously-produced product, but I can’t help but have noticed that the flow of supplements wasn’t what it could have been, so perhaps there were disagreements there on how to handle it.

Personally, I find the core Qin rules to be remarkably complete in themselves. Still, three supplements in the line seem particularly handy, especially if you want to focus on particular aspects of the setting. 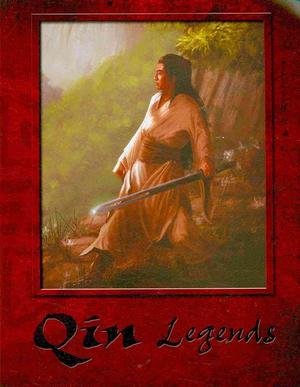 This slim supplement of 50ish pages consists of about 30 pages of high-level powers and abilities that could quite happily have gone in the core book, and a brief adventure with irritating tie-ins to a metaplot campaign which, so far as I can make out, Cubicle 7 never got around to translating anyway. What the point of making this a separate book was, I don’t know – the rules stuff could go to the core, ousting the introductory adventure there to be compiled with this one at the start of the metaplot campaign. This product is worth owning if you want to run a high-power game, but in presentation it seems a bit rushed. 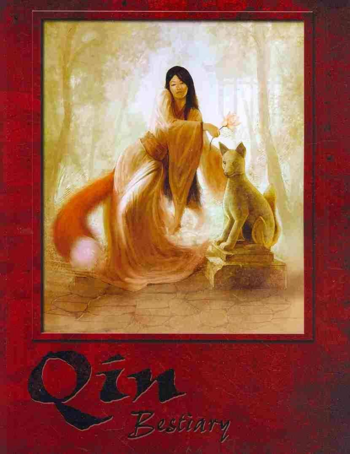 As the Bestiary‘s introduction notes, the core Qin book aims (and, I’d say, by and large succeeds) at providing a setting balanced with elements of epic narratives, martial arts spectacle, flavourful historical details and mysterious supernatural occurrences drawn from Chinese folklore. By and large, the core book already provides you with all the adjustable dials you need to strongly emphasise the historical, epic, or martial arts aspects of the game; the Bestiary‘s declared aim is to provide expansive additional tools for the supernatural side of things.

It does so not by providing a simple monster manual of stat blocks, but by selecting the various things it portrays from the annals of Chinese folklore and associating each of them with a little story and associated rumours, thereby creating a cultural niche for each of the entities described. (In a nice touch, stats are provided for the NPCs in the various stories, which is helpful if the referee wants to use the stories as the basis of a scenario.) Some short and not especially memorable adventures are provided, though they don’t take up an obnoxious amount of space, and there’s a nice appendix on tombs and funerary traditions.

The Art of War 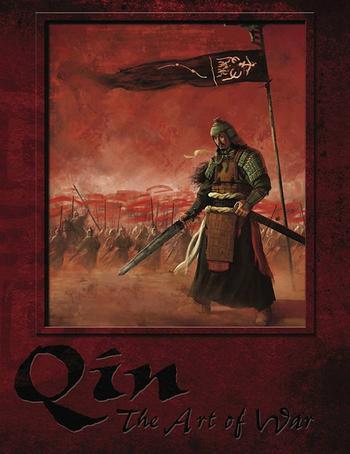 Though it does provide a nice mass combat system, for those who want to expend dice rolls on such things, perhaps the best thing about The Art of War is the setting material, offering deep insights both into the general underlying military philosophy of the era and the specifics of how each of the Warring States’ armies are structured and how they operate, from the rank and file all the way up to the highest echelons. As such, it’d be extremely useful in any Qin campaign, unless you are either ignoring the whole “Warring States” thing altogether or are solely using their armies as sources of entirely interchangeable mooks.