The 2nd edition of WFRP had a nice, healthy supplement line, with various types of product there. Some of these were lavish treatments of major aspects of the Warhammer world’s cosmology. Some of these were focused supplements based on various human nations or non-human cultures of the setting. Still others were perhaps less sexy than these items, but at the same time had a seriously utilitarian bent to them which made running or playing WFRP all that much easier. This article is dedicated to the latter. 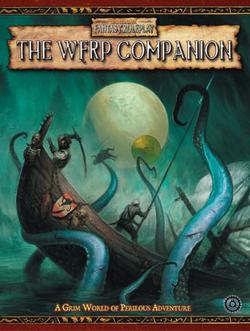 This is a general grab-bag of interesting stuff, none of it by itself especially suitable for a more specific supplement but quite nice as a bundle to be offered together. Stuff which especially stood out to me includes a quick description of the world beyond the Empire which seems a little redundant but is nice if you want a summary of what the average citizen might know about foreign parts, descriptions of interesting subcultures like travelling carnivals or the folk who travel around the rivers of the Empire, two writeups of different Tilean city-states, and a more detailed system for handling criminal trials. Overall, I find the supplement reminiscent of a very good issue of a fanzine, due to the “collection of disparate articles” format. 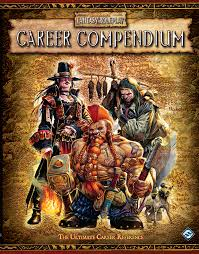 This was one of the few 2nd edition WFRP supplements put out under Fantasy Flight Games’ auspices before they canned the line in order to do their component-heavy 3rd edition of the game. As the title implies, it’s simply a big fat compilation of careers sourced from across the 2nd edition line, along with appendices providing helpful cheat sheets for various bits of the 2nd edition rules. This makes it an extraordinarily useful supplement for your players to refer to in play or when doing character advancement, so whilst there isn’t an enormous amount of new material in there, the sheer utility of bringing all the careers together in one place shouldn’t be understated. 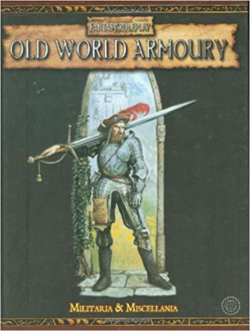 This is a glorified equipment list, though a magnificently extensive one – handily, it not only includes prices for hired help but also typical stats for hirelings, and it gives nice details on such things as the state of development of gunpowder weapons in the Old World. 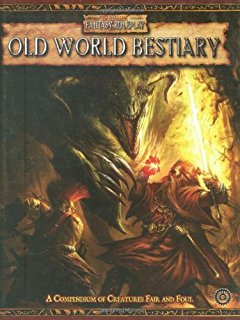 This is a monster collection in two halves; the second half is a collection of monster stats of the sort you expect from supplements of this type, whilst the first half is presented as an actual in-character bestiary, with unreliable and patchy information about the gribblies listed so as to give you an idea of what PCs might be able to discover about these creatures through research. This simple innovation massively increases the flavour offered by the supplement.

One thought on “The Utilitarian Supplements of WFRP 2nd Edition”