So to continue my 40K RPG roundup, I might as well go over the various supplements for Deathwatch. Perhaps more than any other 40K RPG line, Deathwatch‘s supplements had this odd split between ones which were useful for more or less any Space Marine-themed game and ones which were very much focused on the Jericho Reach, the default setting of the game. That’s odd because I genuinely don’t remember the Reach getting that much of a buzz, and I wonder whether Fantasy Flight were trying a bit too hard with the Reach-focused supplements to get people to care about a setting which hadn’t taken off. (Perhaps part of the issue is that, as the Ordo Xenos’ designated Troubleshooters, you can pretty much send the Deathwatch anywhere, and the Jericho Reach just wasn’t as interesting as any other random sector in the Imperium people could use.)

Still, the less Reach-focused supplements were, by and large, pretty badass. 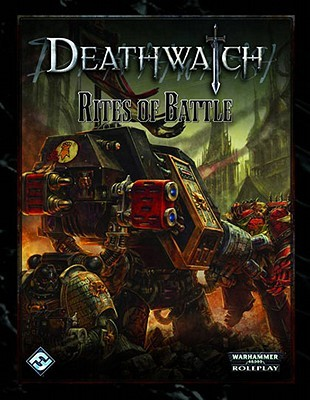 This is the standard issue “bundle of extra stuff” supplement of the sort that Dark Heresy and Rogue Trader also had, and like The Inquisitor’s Handbook or Into the Storm the stuff in here tends to be fun enough that you’ll want to have it available. You get the rules for becoming a Dreadnought, as the cover implies, and more eagle-eyed readers will spot from the chapter colours on that bad boy that the Imperial Fists are also included. Along with the standard extra character options, extra equipment, and generally handy bundle of stuff, this very much fits into the “we’d have put this in the core book but there wasn’t space” category of sheer wide-range usefulness. 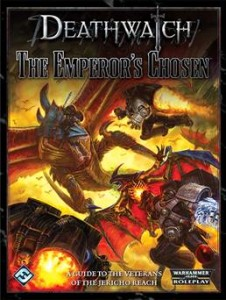 This is the high-level supplement, describing some veterans of the Deathwatch along with rules for both growing your character to veteran-level tiers of play but also collectively buying new traits for your party. These latter represent the bundle of strategies and tactics your PCs have developed as a result of their past adventures, giving them handy advantages if they end up faced with a similar situation in future.

Whilst the NPC veterans are described in terms of the Jericho Reach campaign setting for Deathwatch, for the purposes of this particular book I didn’t find that so much of an issue – by the very nature of the Deathwatch it’s reasonably easy to transplant their members to wherever in the galaxy you wish to deploy them, after all. 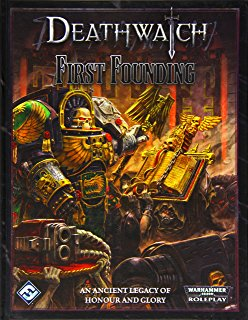 The first Chapter-focused supplement provides rules for all the Loyalist Chapters from the First Founding who didn’t already get rules in the core book and Rites of Battle, plus some extra treats to add distinctiveness to the Chapters already detailed and a rundown of the various Traitor Legions to boot. For the sheer combination of new character options plus the cool adversaries, it’s a no-brainer. 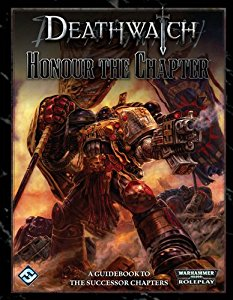 This is the Chapter supplement for non-First Founding Chapters, providing details on a generous selection of the more notable ones as well as adding depth to the Chapter creation system from the core book. Again, a no-brainer, especially if you are keen on any of the Chapters detailed in it. 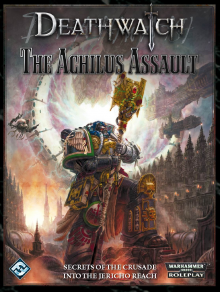 This is a more or less entirely setting-oriented book describing the Imperial campaign in the Jericho Reach; there’s some system bits to represent being a Marine who has fought extensively on one front or another, but beyond that this is very much geared towards the fluff.

As such, its value hinges almost entirely on whether you’re particularly interested in the Jericho Reach setting, and since I’m not then the book isn’t really for me. 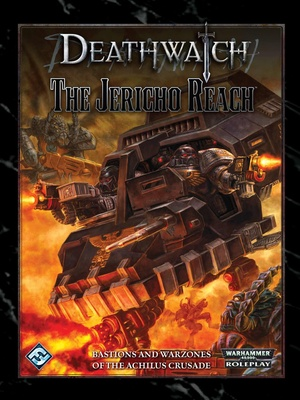 Apparently either I was unusual in not being that keen on the Jericho Reach, or Fantasy Flight were under the impression that if they kept talking at us about it because they put out another setting book for it. Whereas The Achilius Assault focused on the Imperial incursion, this volume looks at what they are actually assaulting – largely fairly generic Xenos outfits which are close enough to the factional stereotypes to not really be very interesting over and above whatever other arbitrary Xeno fiefdom you can think up yourself.

There’s a bit more crunch here in terms of a bunch of Tyranid stats, covering most Tyranid unit types not already covered in the core book or Mark of the Xenos. If you are a completist that’s probably cool, but for my purposes I reckon the Tyranid selections in those other sources are really all I need, especially since I don’t find them particularly compelling foes for tabletop purposes. Genestealers, fine – they can talk to you and try and trick or negotiate you and so on. But the Tyranids themselves, despite in principle being part of a massively intelligent hive mind, have absolutely no interest in any activity which doesn’t involve investing more biomass, so they’re total combat bunnies with few to no interesting interactions possible outside of combat. That may be useful for some types of Deathwatch game, but nothing I’d want to base a campaign-length game around. A one-shot or a single episode in a campaign, sure – but between the core and Mark I already have enough Tyranids to populate a one-off. 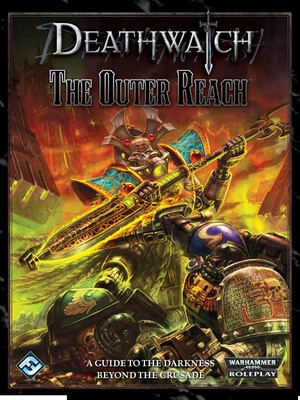 Apparently, either The Jericho Reach was a huge hit or Fantasy Flight didn’t think it quite worked as intended and they wanted a do-over. Either way, this adds more stuff to the Reach but doesn’t have a crunch pack on the level of Jericho Reach‘s Tyranid stats.

Mark of the Xenos 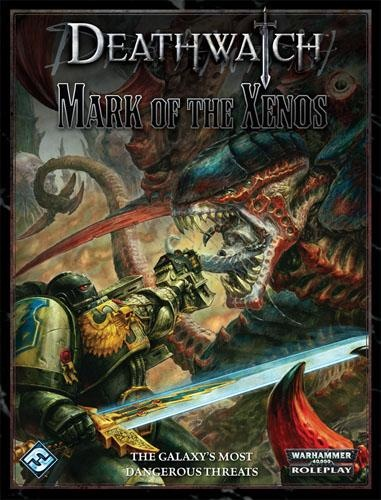 Deathwatch is an alien-blasting game, this is a book of fun 40K aliens to blast. Simples. 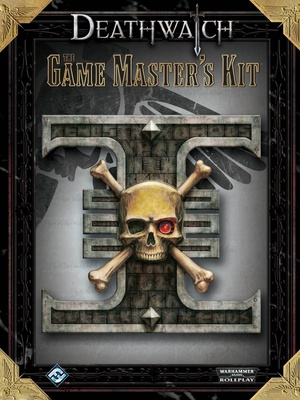 The standard package of lacklustre adventure plus GM screen with heretical badwrong portrait-orientation panels plus a small addendum. This time the addendum is a few NPCs. Get it if you want the screen, I guess.

In those early blog posts here we played through some of The Emperor Protects, but there were bits and pieces I had to change on the fly and generally I don’t think it shines. In general the Deathwatch adventure matetial is annoyingly linear and doesn’t excite me much. Ark of Lost Souls is based on a space hulk and contains a stack of tables for randomly generating space hulk-based adventures, but the latter is the sort of thing I am happy to just improvise (the nice thing about space hulks is that they’re a bunch of ships mashed together with no rhyme or reason, so there’s no need to make whatever you improvise make much internal sense). As far as the former goes, it’s got some sops to the sort of nonlinearity that the branching, labyrinthine structure of a space hulk may suggest, but ultimately culminates in a really forced “someone has to sacrifice themselves to save the day” situation. Snore.