Compared to the 1890s, you wouldn’t think that there was much use for Call of Cthulhu supplements giving a basic introduction to the 1920s – after all, it’s been the default setting presented in the core book since the game originally came out. Still, a few such things have emerged over the years, so since I’ve just covered my 1890s supplements I may as well cover my 1920s ones too. 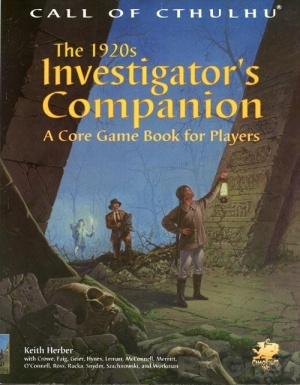 In 7th Edition the Investigator Handbook largely attempts to substitute for this, but the old 1920s Investigator’s Companion is still of some use. For one thing, its list of occupations is even more extensive than that in the 7th Edition Handbook (which of course must also incorporate modern-day occupations). For another, it provides a different overview of the 1920s from the Handbook, with some information provided by one not offered by the other and vice versa. There’s some particularly useful notes on how forensics works during the era, as well as resources for research for those far-off pre-Internet times. Simply for the extra depth offered on the era, this is a book that’s still worth keeping handy for player reference. 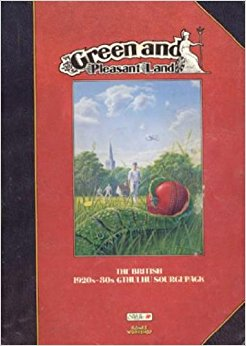 Produced by Games Workshop under the licence through which they released the 3rd edition of Call of Cthulhu in the UK, this supplement is largely dedicated to providing a dense set of information on Britain as it existed between the World Wars, along with a brace of adventures and a short story by Brian Lumley, billed as the “British Master of Mythos Fiction”. (I can only conclude Ramsey Campbell decided not to offer something.)

Compiled by Pete Tamlyn, at points the book is rather dry, and as with the Investigator’s Companion much of the information here you can look up yourself. That said, I think people who criticise historical supplements on such grounds are missing a point: yes, you can look this stuff up by yourself, but thanks to the supplement authors you don’t have to.

Furthermore, the supplements can provide a baseline answer to appropriate questions for the purpose of your game. The thing about looking stuff up in history – even comparably recent history like the 1920s – is that you will regularly run into areas where there either isn’t a definitive answer, or which answer is accurate is not always going to be easy to figure out. You could leave this stuff for players to Google – but then you’re likely to get different answers depending on which source people used. By saying “For the purposes of this campaign, this sourcebook is considered definitive in terms of setting details”, you can build your evocation of the time period on a solid foundation.

One thought on “Comfortingly Familiar Horrors”