So let’s say you’re running Mongoose’s version of Traveller – the first edition, because you’re not enough of a schmuck to buy an edition of Traveller that doesn’t have basic ship building rules in the core rulebook. You have your core book, you might have the referee screen (portrait orientation panels, ugh, but at least there’s a nice “view through a starship viewscreen” aesthetic to it), what are the other tools you might be resorting to frequently?

Well, there’s every chance you’d also be looking at their supplement line. With a plain aesthetic and a numbering scheme reminiscent of the little black books of Classic Traveller, a few of them (like Dynasty) offered substantial additions to the Traveller rules, but most of them consisted of highly utilitarian compilations of stuff. 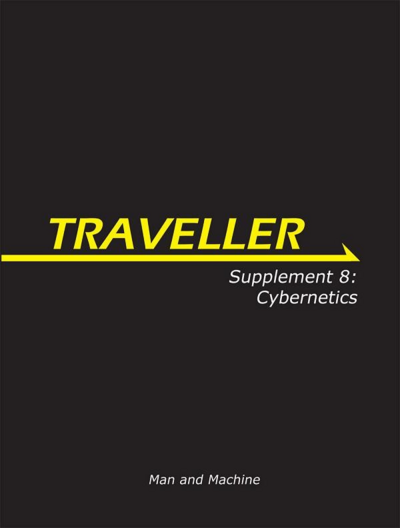 For instance, for those who don’t have time to design an entire galaxy’s worth of starships, the three starship supplements – Supplement 2: Traders and Gunboats, Supplement 3: Fighting Ships, and Supplement 10: Merchants and Cruisers – offer all you could want, with various worked examples of a wide range of ship types and some lovely deckplans. (Fighting Ships concludes with an Imperial battlestation of truly vast proportions, whose audacity is just a joy to contemplate). The first two of these have some nice artwork of the ships which in their simple style give me fond memories of looking at spaceship artwork in library books back as a little Arthur; sadly, Merchants and Cruisers instead has somewhat ugly CGI of the ships instead, and loses some of its charm as a result.

Another set of worked examples was Supplement 7: 1001 Characters. Whereas “masses of NPC stats”-type supplements had been produced for Traveller before, these mostly consisted of statlines produced by a spreadsheet – useful in days when everyone didn’t have computers handy, near-useless otherwise. The modern update of the concept here is somewhat more useful, with various instant NPCs with appropriate statlines, names, brief backgrounds and, most usefully of all, a clear archetypal niche for them in bold. Flip to the appropriate chapter, look at the bold text until you spot something that suits the sort of NPC you want to deploy, and then bombs away. It’s a great example of how even with an extremely simple, bare-bones layout you can with a little thought make something extremely useful in actual play.

Other supplements added additional bits to the rules; Supplement 4: Central Supply Catalogue not just provided lots of and lots of equipment, but also guidelines on adapting equipment (such as coming up with higher tech level equivalents of lower-tech gear). My main complaint about it is that it’s a bit gunbunny-tastic – there’s masses and masses of weapons and armour detailed but comparatively slimmer sections on non-combat requipment. Supplement 5-6: The Vehicle Handbook was a replacement for two somewhat shonky earlier vehicle supplements, and provided a fairly simple vehicle design system which could model everything from a bicycle to a tank – quite nice, though I am not sure why you would ever bother to come up with detailed game stats for a bicycle. Supplement 11: Animal Encounters expanded on the animal encounter rules in the core book.

Supplement 8: Cybernetics might just be the hidden star of the supplement line. Yes, it’s a shopping list of cyberware – but more significantly, it offers detailed rules on cyberware and reworked career profiles oriented towards a cyberpunk setting and rules for handling cyberspace. Between these components, it offers all you need to run 1980s-1990s style cyberpunk in Traveller – decades late, maybe, but a welcome filling of a gap that GDW left open really absurdly long.

Supplements like this aren’t flashy, aren’t sexy, but are extremely useful for running any tabletop RPG – sometimes you need those worked examples handy when there just isn’t the prep time to do it yourself. One could wish that more games remembered the utility of such things.